Home » Web Design » Nginx vs Tomcat: Which is The Better One?

Nginx vs Tomcat: Which is The Better One? 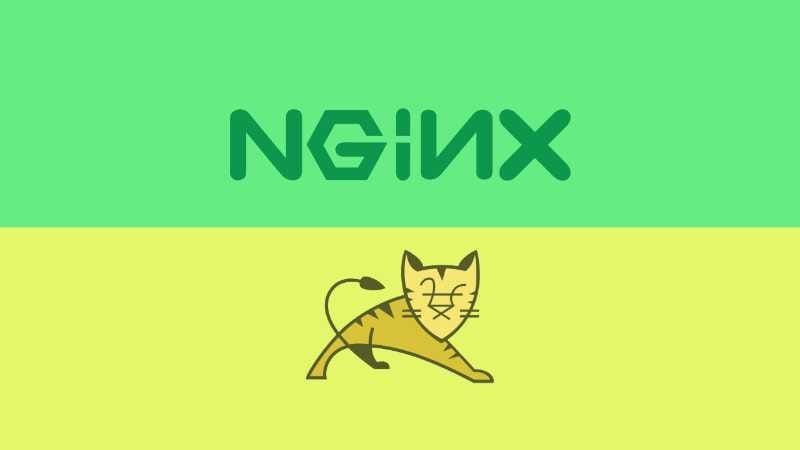 Nginx and Tomcat are two of the most popular web servers in use today. They have different strengths and weaknesses, so which is right for you? It depends on your needs! Here we compare Nginx and Tomcat to help you make the best decision for your situation.

Nginx is a fast, lightweight server perfect for small to medium-sized websites. It can handle high traffic volumes without bogging down, making it an excellent choice for busy sites. Its features include support for multiple programming languages, caching, and load balancing.

Tomcat is a more heavyweight server that is geared toward larger websites. It can handle more concurrent connections and requests than Nginx, making it better suited for high-traffic environments.

However, it requires more system resources than Nginx, so it may not be suitable for smaller systems.

It might seem odd to some that a company like Netflix, which relies so heavily on technology, would choose not to use one of the most popular web servers in the world. But that is what they did when they decided to deploy Nginx instead of Apache or Tomcat. Here we will explore why Nginx has become so popular and why it might be a better choice for your next project.

Igor Sysoev created Nginx in 2002 as a lightweight alternative to Apache. It quickly gained popularity due to its high performance and stability. Unlike Apache, which uses a process-based model, Nginx uses an event-driven model, which allows it to handle more concurrent connections with less memory usage. This makes Nginx well-suited for high-traffic websites and web applications.

Tomcat is a Java servlet container developed by Sun Microsystems (now owned by Oracle). While it is also used for high-traffic websites, Tomcat does not scale as well as Nginx and can require more memory resources depending on the application mix. In addition, configuring Tomcat can be more complex than configuring Nginx.

Difference between Nginx and Tomcat:

Tomcat is known for its performance, while Nginx requires a bit more tuning to achieve the same level of performance. Due to its event-driven architecture, Nginx can handle significantly more concurrent connections than Apache or Tomcat. This makes it ideal for high-traffic websites and applications. However, with the proper configuration, both servers can be high-speed. In general, Nginx is considered slightly faster than Tomcat.

Nginx is much easier to configure and use out of the box than Tomcat. Additionally, Nginx has many more modules, making it more versatile. Also, compared to Tomcat, configuring Nginx is much simpler and easier to learn.

Nginx is much easier to configure and use out of the box. Tomcat requires extensive knowledge of Java to get it up correctly, while Nginx needs a few basic directives to be up and running. This makes Nginx an excellent choice for less experienced server administrators or those without Java experience.

Both servers are highly stable but in different ways. With proper configuration, both servers will rarely go down; however, it can be challenging to troubleshoot and fix if there is an issue with either server. Nginx tends to require less maintenance than Tomcat.

Unlike other web servers such as IIS or Zeus, Nginx does not rely on proprietary modules or scripts written in languages like C# or PHP. This gives you more freedom in terms of what software you can run on top of it.

Because Nginx is non-proprietary software licensed under GPLv2+, there are no licensing costs, and you are free to audit the source code for any security vulnerabilities.

TOMCAT offers more features than NGINX, such as Jasper Reports integration and load balancing; however, NGINX offers other features that TOMCAT does not, such as SSL termination and HTTP caching.

Nginx (pronounced “engine-x”) is a powerful open-source web server and reverse proxy. It has been gaining popularity over the past few years due to its ability to handle large traffic volumes and low resource requirements. Nginx was created in 2002 by Igor Sysoev, who still maintains the project. It is released under a BSD-style license, making it free for use and modification.

Nginx works by accepting requests from clients (typically web browsers) and passing them on to one or more backend servers (such as Apache or Tomcat). It can also act as a reverse proxy, forward requests from one server to another. This makes Nginx an ideal choice for load balancing and high availability setups.

Nginx is used by high-traffic websites such as Facebook, Netflix, and Dropbox for their scalability and performance needs. Even WordPress recommends using Nginx over Apache for better website speeds.

The Apache Tomcat software is an open-source implementation of the Java Servlet and JavaServer Pages technologies. The Java Servlet specification defines a standard for accessing resources on servers in a distributed computing environment. Server-side programming languages like Java enable web developers to create dynamic websites with user-generated content.

Tomcat is an open-source Java Servlet Container developed by the Apache Software Foundation. A servlet container manages requests and responses between a web client, such as a browser, and a web server. Tomcat implements the Java Servlet and JavaServer Pages (JSP) specifications from Sun Microsystems.

Servlets are small software intermediaries between a web browser and the application servers that run your business logic. JSP pages are simple HTML pages with embedded Java code executed on the server to generate dynamic content. Using Tomcat, you can create sophisticated web applications using these technologies quickly and easily.

The Apache Tomcat software is an open-source implementation of Sun Microsystems’ Java Servlet technology and Jakarta’s servlet container that complies with both specifications. It enables web developers to create dynamic websites with user-generated content using server-side programming languages like Java.

Overall, when comparing Nginx and Tomcat, it ultimately comes down to what you need from your web server. If you are looking for a high-performance server that is easy to use and requires little maintenance, then Nginx would be a better choice; but if you need more features or are familiar with Java development, then Tomcat would be the better option.

In conclusion, it can be said that Nginx is a powerful web server software while Tomcat is an application server. Both have their advantages and disadvantages. However, regarding performance and efficiency, Nginx emerges as a clear winner over Tomcat. After comparing Nginx vs Tomcat, it is clear that Nginx is the better option for most cases. It is faster, more stable, and easier to use than Tomcat.

How to Create New Layer From Selection in Gimp

Advantages And Disadvantages of HTML You Should Know

previousHow To See Followers On Reddit? PC and App.
nextHow to Do an Invert Selection in Photoshop