Home » Coding » Swift vs Objective C: Which is best for iOS development in 2021

Swift vs Objective C: Which is best for iOS development in 2021 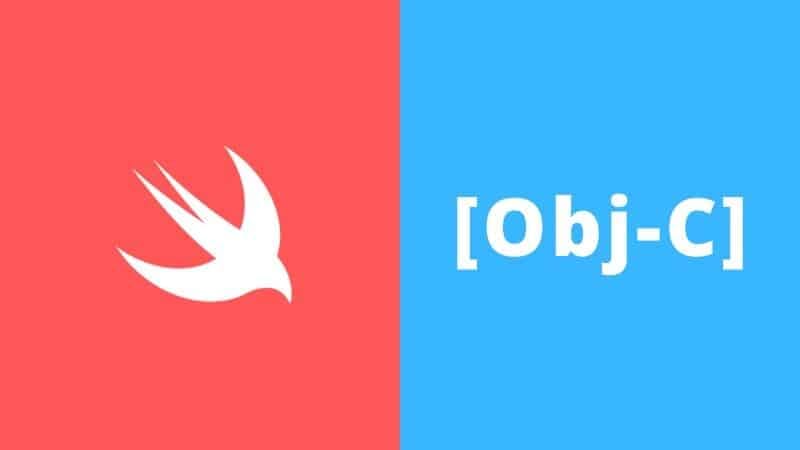 Swift vs Objective-C is a debatable topic for some out there. Anyway in this article I have laid down few points why swift is better than Objective -C.  Objective-C was mainly used for developing OSx and iOS software.

But, objective c started becoming obsolete since it lacked lots of invaluable features. Which were present in several other programming languages. Because of these loopholes, Apple introduced Swift in 2014,  to improve objective-C.

Why Swift vs Objective C?

Swift programming language became rapidly popular among the programmers. Since it’s a robust and feature-rich language. It’s modern, fast, characterized by a higher degree of security. A growing number of companies are employing Swift code, especially for their iOS program development requirements. It’s also utilized for building programs on the Linux platform.

Swift programming is used across various programs in addition to back end infrastructure. Developers have started providing feedback and suggestions to Apple. For getting fully managed and more organized. Swift entered into the top ten list of programming languages.

Whether you’re a startup or perhaps a small/large venture, you ought to be aware of that Swift. It has all of the features required to build up exceptionally usable iOS programs. Offering a soothing user-experience and great customer care. Swift includes the qualities of the C and Objective-C. Nevertheless, the built-in compatibility and limitations of both C aren’t related to Swift.

How swift is different from objective C

Swift features a new syntax that makes it easier for the programmers to write a code. It assists the programmers in reading, writing, and altering the code within the program. The number of lines required from the Swift code will be relatively smaller. Therefore it lowers the time necessary to compose the code also improves cost-efficiency.

Also read: Learn programming for beginners everything you need to know

Swift is a fully open source project. This means it is open to contributions from developers all over the world.  It gives many additional advantages to its users. One of them is reducing name collisions that were common in Objective-C.

Swift drastically reduces the lines of code that are required for repetitive statements. This language has modern programming language features for instance adding two strings together with a “+” operator, which is generally not there in Objective-C.

It reduces the complexity of code statements in the type. Swift supports a string interpolation system, which allows programmers to insert variables directly inside a user-facing string. The type system removes some of the common sources of crashes that are present in Objective-C.

In C, programmers need to keep up code files-(. H) header document and (. M ) implementation document, for improving your code build-time and efficiency. The same is completed forwards in Objective-C. But that isn’t the case with Swift language.

In swift language each of the codes in (. H) header document and (. M ) execution document is found at one single document – (.swift). Thus, there’s no requirement to keep up two distinct files that make its maintenance easier.

Objective c had lots of drawbacks, and the programmers faced difficulties while coding the program. But, language structure and swift syntax are successful in beating these pitfalls. A short feedback loop is made whenever there’s just a lousy code.

Then it is easy to resolve the bugs readily and at a time that reduces errors while also making the programs secure and stable.

Additionally, the syntax from Swift helps the programmers to compose a consistent and clean code. It could feel strict occasionally. However, it saves time also supports safety while in the very long haul.

This feature allows existing Swift apps to connect against newer variants of this Swift language. As it evolves with time. The programmer submits the app alongside all the libraries, each of which is digitally signed with a certificate.

Swift can evolve faster than iOS, and it is dependent on a contemporary programming language. The library changes are contained with all the latest updates of an app in the App store.

This article was about Swift vs Objective-C but for the most part, showcasing how swift is better. Swift delivers many benefits over objective c. Swift frequently brings out new features that improve it in several components from objective c.

Undoubtedly this is the reason why even Apple’s peers are praising Swift. And did I mention it is very easy to learn swift programming? Good luck with iOS development with swift.

previousKeyword planner can do all of these things except:
nextWhich tool helps you measure the success of your website?