What is Cloud Network Infrastructure? Explained. 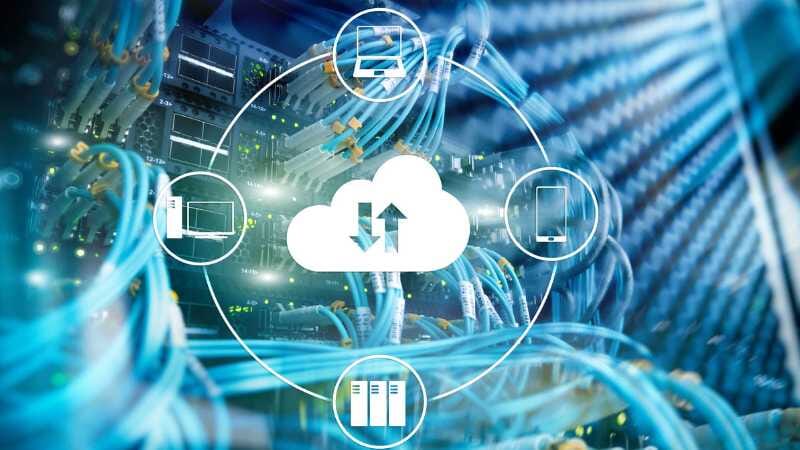 As more and more businesses move to the cloud, it’s essential to have a solid understanding of cloud network infrastructure. In this blog post, we’ll look at the basics of cloud networking and some of the key benefits it can offer businesses.

Cloud technology is bringing revolution to the technological world across the globe. In 2019, most of the firms were already in the cloud, and this striking extent is anticipated to jump another substantial rate in 2021. With the growth of the data generated across the various industry sectors across the globe during various application areas, the analysis reports by Quince Market Insights QMI suggest that the global market for cloud network infrastructure will acquire a valuation of approximately USD 180.25 billion by the end of 2022.

According to these reports, the global market is anticipated to flourish at a robust CAGR of over 9.61% during the assessment timeframe. by the end of 2023-2032, it is projected that 45% of IT spending will side out legacy networks and substitute them with the cloud.

As this truth explains, the outcome will be a long-term transformation across IT and supplier landscapes. It also implies that realizing the cloud is the prime aspect of the new normal of IT. Let’s get to know more about the cloud network infrastructure.

Cloud networking utilizes the cloud for connectivity among network resources. It plays a role of a doorkeeper to applications. Understanding this idea as an IT professional implies that you use the cloud for infrastructure, maintenance, network monitoring, and network management. To put it otherwise, users design, manage, fine-tune, and configure network resources in the cloud to generate simple, complicated, and flexible networks.

Cloud networking is a type of networking that allows users to connect to a network from anywhere in the world. That means you can work from home, on the go, or even from different countries without worrying about connecting to a physical office network. The list of these cloud-based network resources includes components such as:

And there is also more to it. These networks are known to be flexible. Based on the project users use, they can decide between cloud-powered or cloud-operated networking. With cloud-based networking, physical hardware and network management software is in the cloud.

An illustration of this kind of cloud network would be interlinking virtual machines for an organization or the user. Cloud-enabled networking blends conventional cloud access and onsite network infrastructure. In this prototype, the central network infrastructure stays remote while the network’s general management is done in the cloud.

Related: What is a Campaign in Salesforce? & How to use it?

1. Software as a Service(SaaS)

It is also called cloud application services, which refers to a software licensing model enabling users to retrieve cloud-based apps on a subscription source. The user rents the app from the cloud service supplier and can retrieve the software on a pay-as-you-go basis. The user can access the app without deploying costly infrastructure or hosting with just an internet connection. Some of them include Slack, Mailchimp, and Dropbox. 2. Platform as a service(PaaS)

These services remove the requirement for businesses to develop a devoted platform, particularly for application development, and result in substantial time savings in development. The service is generally available for a monthly fee on an on-demand basis. Some of them are Google App Engine, Openshift, and Microsoft Azure.

3. Infrastructure as a service(IaaS)

It is also called a cloud infrastructure service, which refers to a virtualized computing service offering on-demand services for computing, storage resources, and networking. With these services being offered via the cloud, users can scale up and down per specific requirements. Some of them are DigitalOcean, Google Compute Engine (GCE), and AWS EC2.

It refers to a computer hardware solution where you lease equipment under a service level agreement (SLA). This equipment stays the property of the managed service provider (MSP), but by the end of this renting time, the occupant may have the choice to buy it for a fee, utilize it, or send it back to the MSP. Two major kinds of these services are onsite HaaS and cloud-based HaaS.

Related: Sent as SMS via Server | What does it mean?

One of the most significant benefits of cloud networking is its scalability. With traditional networking solutions, businesses often purchase additional hardware and bandwidth as their needs grow. With cloud networking, however, they can add new users or devices as needed without incurring any additional costs.

Another benefit of cloud networking is its flexibility. Since there’s no need for physical equipment, businesses can easily add or remove devices from their network. They can also change their configurations as desired without reconfiguring any hardware.

Perhaps most importantly, though, cloud networking can help improve security. With traditional networks, all data travels through a single point (usually an on-premises server), making it more vulnerable to attack. With cloud networking, data is spread across multiple servers in different locations, making it much harder for hackers to access sensitive information.

If you’re considering moving your business to the cloud, ask your IT provider about how they can help you set up a secure and scalable cloud network infrastructure.

Which of the following can businesses achieve by using social media?

How to Use Discord in Full-Screen Mode(Web & Application)

previousAzure on premise vs cloud | Which one to prefer?
nextWhat is a High-Level Language?